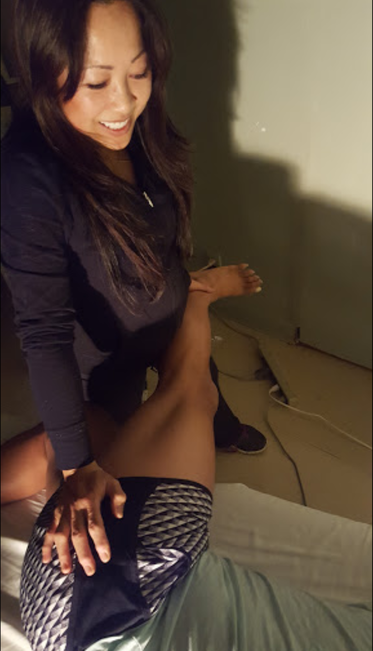 ​When it involves detecting trends in the wellness globe, Bodywork Therapy, is an ancient modality that's on the rise in the 21st century. This umbrella term relates to hands-on therapies that are purposefully made to create energetic and physical shifts in the body. Such as acupressure, reflexology, reiki, and also massage.

If you experience persistent pains and also discomfort it might be time to get this job done on you. No, not that kind of job, but an all-natural, instinctive, all natural strategy that has been in service for thousands of years and also does not call for Botox. No, not yoga, but similar to your yoga routines-- one that has ended up being recognized throughout the whole world of wellness, known as" Bodywork".

There was a time not too long ago, when massage therapy was viewed as a deluxe or an once a year indulgence. Today, getting a massage is now conveniently approved as an effective kind of medicine, aiding millions of Americans to remedy undesirable stress and anxiety, while also improving sleep, enhancing relaxation, increasing mental clarity, reducing the effects of some cancer cells, easing migraines, minimizing clinical depression, and also, to merely just kick back.

What makes bodywork particularly one-of-a-kind is that Bodyworkers act in tandem with their clients to address concerns that are both physical, (such as pain), and also psychological (Such as anxiety).

Helping Both Physical and Emotional Issues

Bodywork is a physical, as well as an emotional, check-in session- like a type of self-study, as is yoga, and meditation, as well. It's a means to learn more about your outer shell, your body, on a deeper level, as well as uncover old sheaths of stress or trauma that had actually previously been hidden from sight. There are innumerable benefits to getting your body worked on, like increased blood circulation and also rest-and-digest activation, which speeds up the body's all-natural recovery procedure. Much like yoga, with bodywork you end up being much more aware of your body, and much more aware of of the connections between your body and your mind and actions.

There could be the problem of "touch history,"possibly, that a bodywork expert has to be cognizant of- that there is always a possibility that their client might have been touched inappropriately by someone else in the past and also is quickly set off. Given that bodywork, like traditional massage, also involves touching the client as well, it helps for the therapist to be aware of subtle signals and converses with client as necessary. It could also mean that bodywork isn't for everybody. But the art of bodywork lies in non-verbal communication, as well, which indicates that you can welcome your experienced professional's hands to be led without effort to the areas of your body that require it most. Vicki, at Release the Pain, works intuitively which allows her to know exactly what areas need the help the most and at what pressure, angle, or technique is best to use for that specific area.

Think about it in this manner: with Bodywork you are 're-training' your fascia, which have likely created long-lasting, tension-forming adhesions and knots, and will certainly require multiple sessions and dedication. Yes, it takes some time and also effort, but the benefits are numerous and also long lasting. If you're dedicated to alleviating long-standing pain and tightness, pain from old injuries, and also fixing poor postural practices, then the bodywork path is certainly for you.

If you're having to take care of the office, the home, or other responsibilities, you may discover that you're holding your body in an inflexible as well as a defensive manner, without even realizing it. Bodywork is an exceptional and effective method that has a history of sessions that are easy, calming, and also strengthening . You can actually let your therapist take the weight off of your shoulders. The somatic experience of having another person expertly 're-align' your body while you lie on massage table effortlessly,  can be rejuvenating and also give you a fresh viewpoint on life.

Bodywork For Past Trauma

Trauma can be an exceptionally scary/painful occasion or it can be a life circumstance forced upon you such as extreme destitution, with feelings of hopelessness and loneliness. Shocking experiences and also past scenarios live in our cells and negatively affect our ability to really feel safe or at peace in our living life. Current studies shows that injury feelings can be passed through DNA to our children. Unaddressed and unresolved injury can be disabling and also is the origin of lots of un-health and un-wellness issues. Collaborating with an experienced and effective  bodywork/somatic therapist can be one vital step on the way to healing.

Returning to the holistic  work of bodywork: As more Western practitioners lean toward Eastern healing practices that are rooted in natural herbs as well bodywork massage therapy, healing can address the body at the person's 'whole being' level. Take Polarity, a type of energy healing that resembles Reiki, yet without the attunement classifications. Polarity entails a lot more physical adjustment, touching and also rocking. Like all power work, its purpose is to balance the energy in the body. A seasoned professional will be able to feel where power runs out whack and also facilitate the energy flow as needed. There is also Shiatsu, which focuses on the circulation of power with various meridians in the body.

For any questions regarding making a Bodywork appointment with Release the Pain, please feel free to call or text.